I have an amazing cover reveal for y’all today from the the very talented J.M. Stoneback. I know that Y’all are going to just love it. Be sure to add this to your Goodreads and Pre-Order today!

Nobody is stupid enough to steal from him, Cayden Vitali.

They call him Devious for a reason. He doesn’t let his debts go unpaid. He collects what he’s owed.

Lex Bartoli works for Devious. Lex should know better than to steal his money. But mistakes were made, and now it’s time to pay.

Unfortunately for me, Devious knows exactly what he wants as payment for Lex’s stupid mistake.

If I won’t agree to marry Devious, he has another way of making my family pay.

The choice is mine.

Marry the enemy… or watch him kill my father as payback.

Devious is a mafia book with an arranged marriage, enemies to lovers and an age gap romance.

“Nymph.” His voice is deep, hollow. Mesmerizing like a siren. Butterflies spill in my belly and blood rushes to my ears. I hate it when people give me nicknames as if I’m a kid, but for some strange reason, I always allow Devious to do it.

He grabs a few strands of my curls, twirls them around his finger. “I always wanted to know if your hair was as soft as it looks.” He runs his thick fingers through my thick curly hair. “Your hair feels like silk. It’d be easy to wrap around my finger if I were to fuck you.”

“Giving me a compliment won’t get you in my panties, Devious. You’re going to have to try harder than that.” I flip my hair over my shoulders and straighten my spine like a pole.

His laugh is low and sinister. It chills me to the bones. So much lust burns in his eyes that it could burn down this whole building. My heart beats into a frenzy and my mouth becomes bone dry.

Devious runs his thick fingers through his inky black hair then shoves them into his pocket. “What will?” His tone is elegant, just like him. His eyes drift to my lips and I shake my head, smiling.

“Thirty million and a pet mermaid,” I joke.

He leans down, whispers. “Do you accept checks or cash?” His voice tickles my ear. A flush crawled to my neck, making its way to my cheeks. Then my eyes catch his expensive loafers and trail up to his black tailored suit. Devious is wealthy beyond reason. If wealth was an aura, then you could feel it from him.

“Well, I wasn’t.” There is a ting of smugness in his tone.

I bite my bottom lip and pick at the dead skin around my thumb. “Why are you here? If you’re looking for Papa, then I’m afraid you have missed him. He left an hour ago.” I lie.

“Did he now?” He smirks wickedly.

“Yeah, he went to… to pick us up some dinner from Chipotle.”

He taps his index finger on my nose. “You were never good at lying.” He tsk. “Where is he hiding?”

“Why would I lie to you? I told you that he’s out getting us dinner.”

Annoyance paints his face. “It’s a crime to lie to your Don. If you lie to me again, then I’ll have no choice, but to punish you,” he threatens. Devious is the Don of all the five familigas in the United States which makes him one of the most powerful men in the country. “Again, Where is Lex?”

I gulp loud before answering. “In the living room.” I step to the side and he waltzes inside, along with his soldiers and I trail behind them.

“You need to plan his funeral tomorrow.” Devious’ emotionless tone scares me. My pulse thumps loud in my ears and bile tickles the back of my throat.

We enter the living room. Papa stands taller and Devious towers over him.

“You’re ready to accept your punishment?” Devious asks and Papa simply nods. His facial expression displays bravery, but his eyes. Terror shines in them.

“If you don’t want to see the inside of your father’s skull then I suggest you leave,” Devious orders me, removing his gun from his holster. He aims it at Papa’s forehead. My papa closes his eyes and puffs out his chest.

Fear eats up every cell in my body and a lump form in my throat. This is the reason he wanted me to stay in Vegas. He committed a crime against Devious and wanted to make sure I was taken care of by Atrocious.

I rush in front of Papa, blocking him, but it’s no good. I hold my head high, shielding myself with my bravery. You need bravery to face Devious. If you show one crack of weakness, then he’ll use it against you. Slowly, Devious lowers his gun to his side and his face flickers with confusion.

“Leave, now! Roselyn,” Papa screams, pushing me in the direction of the door, but I keep my shoes glued to the floor.

I turn my view to Devious. His jaw tics and anger warps in his eyes. “He stole a hundred thousand dollars from me.”

“I have thirty thousand dollars and I can work as a maid to pay off his debt,” I say.

I received fifty grand from Mama’s death. Plus, I save the money Papa gives me weekly. The women in the mafia are not allowed to work, they are supposed to wait until their familiga’s marry them off. It’s an ancient rule in the modern world and it’s stupid. I don’t care about working as long as it means saving Papa’s life.

Devious glances between Papa and me. And I can tell that he’s thinking long and hard about something, then he smiles. His smile is more deadly than poison. Papa shakes his head.

“You can’t have her,” Papa says, shoving Devious. Devious takes a few forward and glares at him. Nervousness swallows me whole and spits me out.

The two soldiers grab Papa by the arm on each side. Devious stalks up to me and I take a step back. He grips my chin, rubs his thumb on my cheek. I place my hand on his, digging my nails into his flesh and he doesn’t flinch. His eyes bore into mine and my breath is labor and short.

His cologne is strong and inviting. He smells as if he rolled in a tub of cinnamon spice.
“You’re going to be my new wife to pay off Lex’s debt.” My heart beats so hard that I think it’s going to burst in my chest. Nauseous hits me like a boxer hitting a punching bag. I can’t believe Devious would ask for my hand in marriage. Especially when he hasn’t even shown any interest in me besides trying to get me to sleep with him.

“What? I’m promised to Atrocious.” I shake my head. The thought of me marrying him sent a shiver down my spine.

“I’m well aware of your engagement to him. ” He grits out and I don’t miss the jealousy in his tone.

No.” I challenge and he grinds his perfect white teeth.

“No?” he says as if the words are foreign. The corner of his mouth turns up and I fold my arms across my chest.

“You heard me. What part of no do you not understand? The N or the O?”
The lines on his forehead deepens as he aims his gun at my Papa’s forehead again. “Marry me or watch your father’s brain decorate this tackle ass wall.”

Tears sting my eyes, anger hurdles in my chest, my throat burns. His face is wiped clean from any emotions. Gone is the person who just flirted with me a few minutes ago, replaced with the psychopath and murderer that I heard about. Devious hid that side of him well. I was naïve to believe that he was different, because he is always nice to me.

Papa shakes his head so hard that I think it will roll off his shoulders. “Don’t do it, Roselyn,” he begs. His eyes flash with warning.

Devious cocks his gun and digs the barrel in Papa’s forehead harder. “My patience is running thin. I don’t have all day.”

“Fine,” I answer, through clench teeth, and fresh warm tickles down my cheek, like a water hose, then I quickly wipe them away. He tucks his gun back in his holster.

J.M. writes contemporary and dark mafia romance. She lives in Georgia, with her three boys and her husband. Her hobbies consist of reading, playing video games, and spending time with her family. 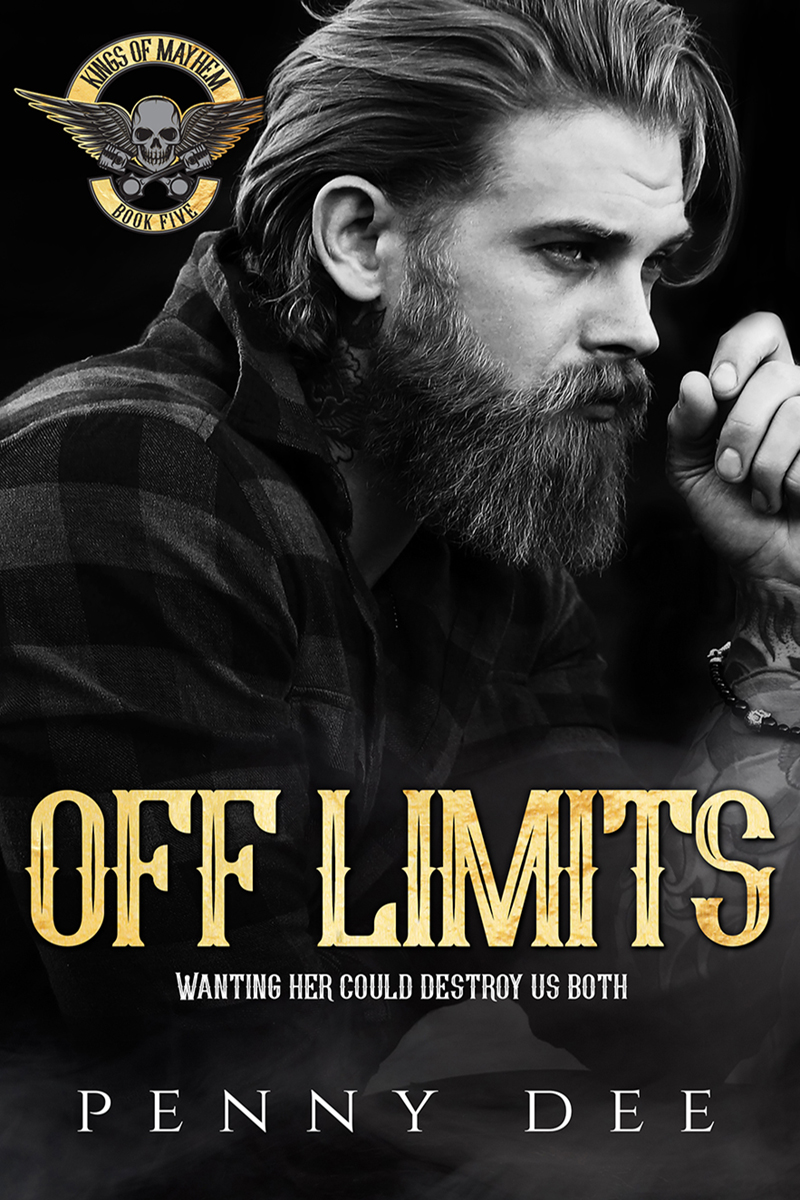 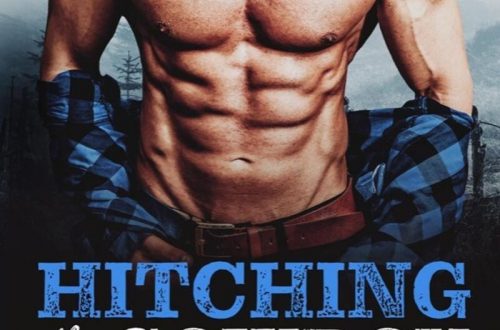 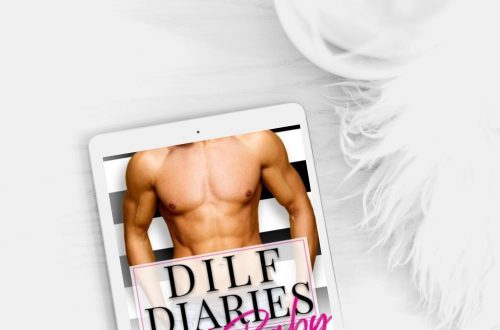