I promised y’all that I would be sharing my various favorite paranormal books over the course of the month and this week we are all about the time travel aspect of them. This is another one of those where I tend to stick with only a handful of authors. I find that I enjoy their writing style and things don’t get to crazy with it. Also you will find that many of the books take place in Scotland or they travel back to Scotland. Apparently it is the place for time travel.

There are times when characters go back or forward and I can think is what in the world! So, one thing to remember is that I have to give a little grace. I don’t always understand what something from the past will look like either. I have had to google things and lets just say that’s sometimes a rabbit hole I don’t want to get stuck in. I mean, I googled garderobe once and it’s just nasty! I love castles but I’m gonna be honest and say I learned more about castle toilets than I ever wanted to know.

I mean come on I couldn’t not list thing one! I love this series and will admit that the first one if my favorite. This is such a sweet romance that I couldn’t help but enjoy it. Here we have Emma, a bear shifter, who was cast out and lived for years in the wilderness. She is suddenly thrust back into the living with shifters when she breaks the law by stealing food. She’s injured trying to save a human child and ends up living in Ben’s home while she recovers.

Ben has his own issues as his littermate Ryder has suddenly returned after years of being apart over a woman. Ryder has his daughter in tow who doesn’t speak after being abused by her mother. Littermates share their mate. As you can see everyone got problems and together they learn to trust, to love, and maybe learn that forgiveness can come in all forms.

This is the perfect book to dip your tows into the shifter romance world. There is action, romance, and plenty of drama.

This is the shortest read ever. Like it took about fifteen minutes. It is the second book and you have to read the first one to know what is going on. The book that started it all for me. That said it is a good story. I would say if the two books put together and more detail then this would be a great book.

These two dream of one another often. Then in the first book they share a night together. Yet, as he is taking her back to his own time she lets go of his hand and stays in hers. that happens in the first book.

This one is all about them trying to get back to one another and the things that it entails. Again, it is a quick read and is good when I want a little time travel but don’t want to get super invested.

3. To Weave a Highland Tapestry by Mary Morgan

Gwen Hywel is hired by the MacFhearguis to create a tapestry. She sets out on a tour of the property to get ideas. It is then she learns of a curse and gives a tug on a thread which changes everything. She finds herself back in 13th century Scotland. There she meets Patrick MacFhearguis whom her heart craves. Now she has to choose love and break the curse or go back to her own time and break her heart.

The Fae are working overtime in this book. They are trying to bring together damaged souls regardless of the century they live in. Gwen and Patrick don’t jump into each others arms when they meet. Both have suffered past hurts that have shaped their presents. Patrick and Gwen are the perfect balance to one another (even if they don’t see it at first.) She is the light to his darkness.

4. Beyond the Highland Mist by Karen Marie Moning

Adrienne lands in Scotland no longer in her time and told she will marry this highlander or suffer the consequences. so she agrees only Hawk doesn’t even bother to show up because is being forced into this marriage by the king. so we are off to a great start right?

Women fall to their knees fawning over hawk but Adrienne is a modern gal and telling him no is not a problem at all. It is when we first meet fae Adam Black as well. You will find him off and on throughout the series. This is pretty typical of the genre.

Couple hates each love, loves each other, then fights over nothing and wham she is ripped away and back into her own time. the way Hawk gets her back though is great. I love his speech to Adam. All in all it is a good read and I enjoy it.

5. My Highland Lover by Maeve Greyson

Trulie travels back in time at the urging of her grandmother who is the matriarch of the Sinclair family. Her grandmother has plans for her with the Mackenna Highland Chief, Gray. This one is a little different in that , Trulie just goes back she isn’t suddenly taken back unaware.

Gray was the perfect swoon-worthy Highland chief who is a bit confused by Trulie’s sudden arrival. However, she can read others thoughts and emotions which helps Gray as he attempts to figure how what happened surrounding the death of his parents.

This is one of those books that you read just to escape. Yes, there is some heavy topics such as the death of Gray’s parents but there is also plenty of silly, lighthearted moments that makes it a great read. If you are new to the time-travel romance subgenre and want to just dip your toes in I suggest this book.

6. Kiss of the Highlander by Karen Marie Moning

Drustan MacKeltar has slumbered for nearly five centuries hidden deep in a cave after being enchanted unbeknownst to him. While Gwen Cassidy had come to Scotland but ended up on a senior citizen tour. This is what would happen to me. I would plan for some adventure and end up with the seniors.

However, she gets an adventure when she unknowingly frees Drustan from his spell. Now, she has to help him get back to his family land. Of course, he talks her into going further back than she ever planned with him. Only her modern day version of Drustan doesn’t make it because two of the same person can’t exist in the same together.

Now she is stuck with the unenchanted Drustan who doesn’t know her and is convinced she is a liar. One who is engaged to someone else. Did I mention she goes back right after he deflowers her?

7. The Night Mark by Tiffany Reisz

Tiffany Reisz was a new author for me and one I am so glad I took a chance on. This one was so different from all of the others. Faye buried her soulmate four years earlier and ended up married to his best friend, Hagen. Let’s just say that marriage was anything but good. She ends up at a lighthouse and is transported back to 1921.

Carrick Morgan is the lighthouse keeper in 1921. He served in the war but now has the job saving lives from the dangerous waters. The one life he will save will change the tread of time itself. Carrick is the man every modern woman wants to meet.

While this one doesn’t take us as far back as some of the others it is certainly one of the best time travel stories. If you just aren’t into Scottish warriors and fairies then this is certainly the book for you.

8. Trapped in Time by Denise Daye

This was a rollercoaster ride of a book. It is one of those page turners that will keep you up all night. Emma was the perfect heroine and though love triangles aren’t my thing this one great. Although it isn’t really a triangle since she was never in love with Blackwell.

While she isn’t familiar with the life of a XIXth century woman, she had known how to make do with nothing. I think knowing that hardship is what makes things easier for her.

John is one of the most honorable men I have ever read if I’m being honest. He will do anything for Emma and while that could make him weak I think it makes stronger. He is even willing to let her go if that is what she wants.

9.Spell of the Highlander by Karen Marie Moning

A highland warrior and druid sorcerer stuck for centuries in a mirror. What could be a better start to a book? I read this book first in this series and it was the one that make such a fan. I went back and read them quickly. I wish there were more honestly. Cian MacKeltar was more or less erased from his family history. No one knows anything about him or what happened to him.

That is until Jessi St. James finds him in a mirror none the less. There’s nothing weird about that right? Honestly, raise your hand if you would talk to the hot guy in the mirror in your boss’ office? My hand shot up in the air for those wondering. I would totally let him out of the mirror to save me as well.

Oh, and when he told me we had to run away to Scotland together I wouldn’t even pack a bag. Jessi and Cian are so wonderful together. The fact they are on borrowed time make this book all the better. If you read no other book in this series, you have to read this one.

10. The Fiery Cross by Diana Gabaldon

Honestly, I enjoy this entire series although I am waiting on the new book. I enjoy the television show as well. Right now, other than the first one this is my favorite book of the series. Mostly because I enjoy the beginning of it. There isn’t any other reason.

I will say this one does tend to drag on a bit and if you are reading the series this is probably where the story begins to get boring for you. I mean there is no big reunion or anything.

No ending where you find out Claire has been telling the story after she went back to her own time. It is more or less the Frasers living their lives as best they can in the new world.

Enter below for your chance to win the all 10 ebooks mentioned as well as a $25 Amazon Gift Card. Just in case you want a paperback or two! Giveaway ends October 29, 2021 at 11:59 pm est and is open worldwide. 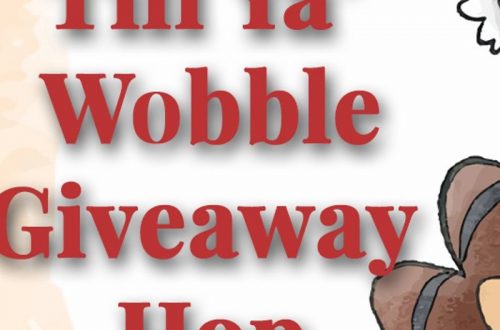 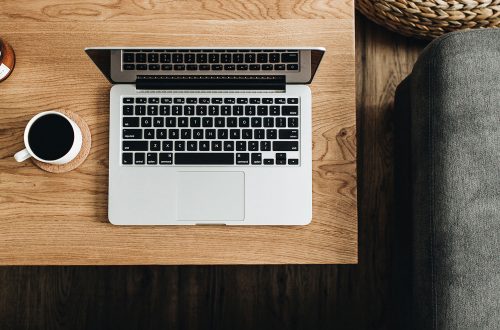 How about some Bacon Ipsum? 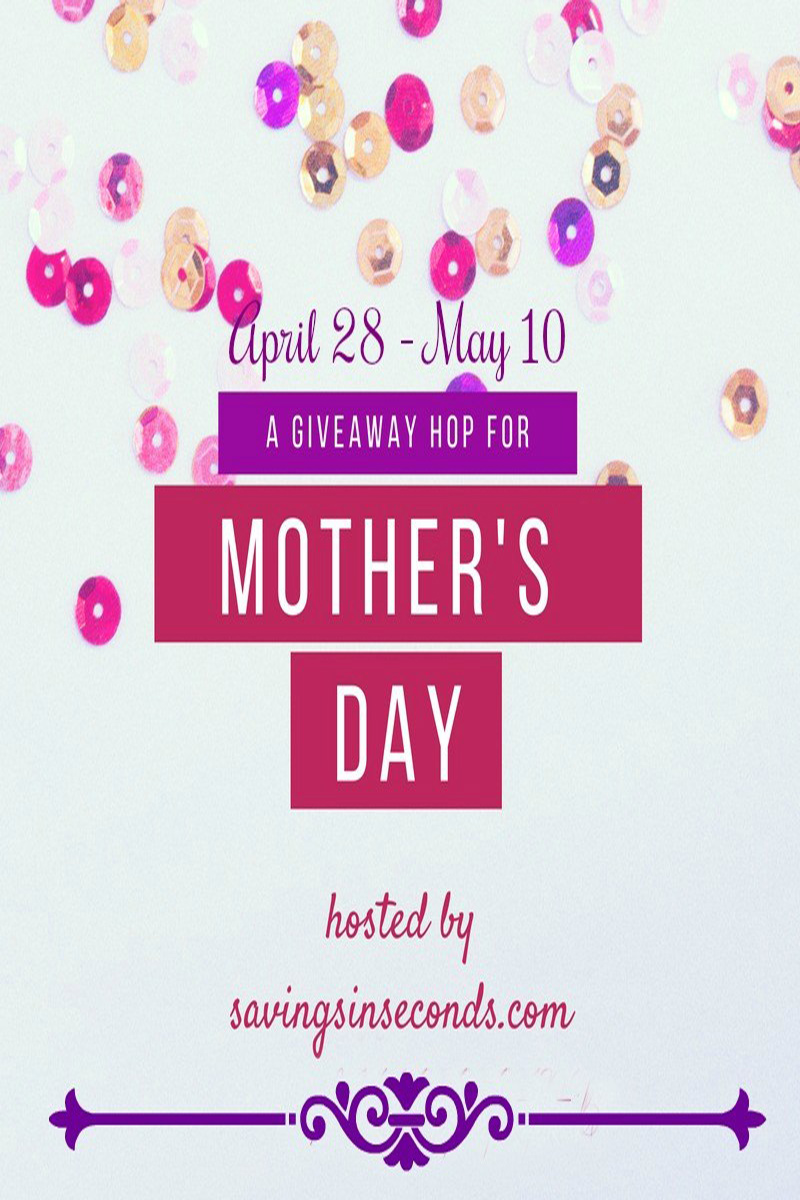